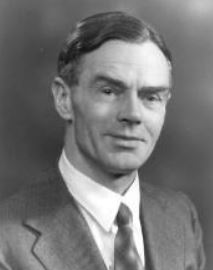 Notice: This event is not booking at the moment (see below).

The Inkling, Owen Barfield, whom both C.S. Lewis and J.R.R. Tolkien regarded as the most innovative of the celebrated Oxford group, argued that the experience of being human changes dramatically over periods of cultural time. Our consciousness shifts, and in the modern period it has evolved in a particularly striking way. This has profound ramifications for how we experience ourselves, nature and the divine, which Mark Vernon outlines and discusses in this talk.

View “The Imagination of God; Owen Barfield, Religion and the evolution of Consciousness” →

Mark Vernon is a psychodynamic psychotherapist and writer, with an interest in ancient philosophy, and a focus on the skills and insights that illuminate our inner lives. His books cover subjects from friendship and belief, to wellbeing and love and have appeared in translation around the world. He has appeared on a wide range of platforms including at the Hay, How The Light Gets In, Wilderness, Port Eliot, No9, Edinburgh International, Greenbelt, Oxford and Dartington festivals. His studies began with a degree in physics, before two degrees in theology, followed by a PhD in philosophy – an academic journey that took him from the universities of Durham and Oxford to Warwick. His professional life began as a priest in the Church of England, from which he resigned about 20 years ago. He now has a private practice in London working with individuals who have a variety of concerns, and also works at the Maudsley Hospital in south London in a personality disorder service. He has contributed to and presented a number of programmes on the radio, and writes as a journalist, with his work being published by the BBC, The Guardian, Church Times, and elsewhere. He teaches at The Idler Academy and The School of Life and also leads workshops and gives talks.