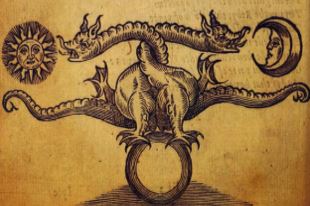 Notice: This talk will be released as an audio recording during October. Please revisit this page in October for details. 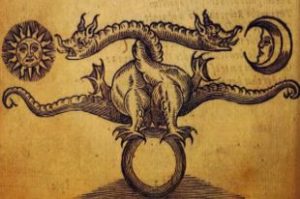 The binary thinking of computer technology is omnipresent in the contemporary world and has deeply embedded itself in the modern psyche, but it has perhaps not been given due consideration at the archetypal and imaginal level. At the time when Francis Bacon first conceived the seed idea of the computer and invented a binary alphabet for writing in code, the alchemist Gerhard Dorn had a prophetic vision of a cosmic being called the Binarius. In a series of treatises, Dorn described the attempts of the Binarius to seek entry into the human psyche, and eventually to assume a position of dominance in the delicate balance of the soul. The Binarius, however, was known long before Dorn. This lecture will trace the hidden biography of the Binarius from its manifestation in ancient Egypt as Seth, the god of strife and division, to its crucial role in modern times at the basis of computer technology.

View “The Archetype of the Binarius” →

Jeremy Naydler holds a PhD in Theology and Religious Studies, and has written several books on religious life in antiquity and on the history of consciousness. His most recent book is In the Shadow of the Machine: The Prehistory of the Computer and the Evolution of Consciousness (Temple Lodge, 2018).