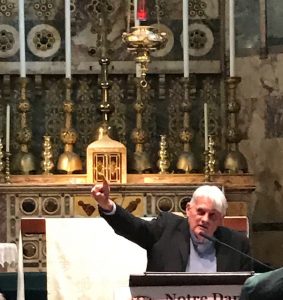 Mark Patrick Hederman has been a Benedictine monk of Glenstal Abbey, Limerick, Ireland, for the last fifty years. A former abbot of the monastery and headmaster of the school, his doctorate was in the philosophy of education. A founding editor of The Crane Bag Journal of Irish Studies, he has lectured widely in many countries and has published several books. Kissing the Dark [1999]; Underground Cathedrals [2010]; and The Opal and the Pearl [2017]; all touch on issues relating to psychology and religion. His latest work, Living the Mystery [2019], tries to combine his interest in psychology, philosophy and mythology, to explain the kind of life he leads as a lover of God.