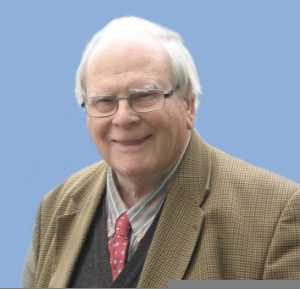 Michael Anderton was appointed an Honorary Fellow in 1997 and is a past Chairman of the Guild. He is a graduate of Pembroke College, Cambridge and trained for the Anglican Ministry at Westcott House, Cambridge. After working in the diocese of London as a Minister for many years, he moved to Switzerland to train as a Jungian analyst at the C G Jung Institute in Zurich and to serve as assistant Chaplin to the Anglican community. He thus came to realise and fulfil his vocation as priest-analyst and integrate psychology and spirituality, the essence of the Guild’s work. He is currently in private practice in Winchester.

Michael is a founder member of the Guild of Analytical Psychology and Spirituality (GAPS) and also a member of the Independent Group of Analytical Psychology (IGAP), lecturing at both these Jungian training organisations. He has presented lectures for the Guild on: Conversion, Providence and the Individual Myth; also On Being a Self and God, Man and Play, followed by Towards Dynamic Authority. Michael presented a series of three seminars on The Masculine and Feminine in God and Man, and the Guild has published his paper: Saint or Psychotic? Jung and Mysticism. He has also contributed to the publications: Protestantism and Jungian Psychology edited by Marvin Spiegelman and When a Princess Dies, essays written by Jungian analysts on the death of Princess Diana, published by Harvest Books.