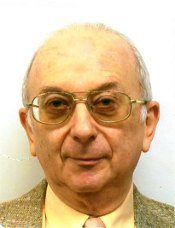 David is an ex Chair of the Guild of Pastoral Psychology having been a member since 1974 and served on the Guild Council for about 20 years. He has given lectures to the Guild and led study groups exploring Jewish, psychological and mystical interpretations of Bible texts.

David is an Honorary Fellow of the Leo Baeck College, London, where he trained to be a Rabbi and was ordained in 1967. During his time as a congregational Rabbi he served synagogues in Birmingham and London for 21 years during which time he also was a Jewish Chaplain to universities in the Midlands, a hospice chaplain and a member of the Religious Liaison Panel of Amnesty International. He was a supporter of the Movement against Apartheid and is now a member of ‘Rabbis for Peace’, and ‘Jews for Justice for Palestinians’.

David’s special interests are Kabbalah, Alchemy, early religions and the interface between religion and psychology, particularly in the psychology of CG Jung. He is married to Helen, Principal Rabbi of the West London Synagogue, and has two daughters, one a scientist and one a Deputy Head. He has one grand-daughter, two dogs and a cat and sometimes plays guitar and banjo.